Despite all the planning, double checking and potential hazards associated with airborne operations, jumping out of a C-130 aircraft never loses its charm 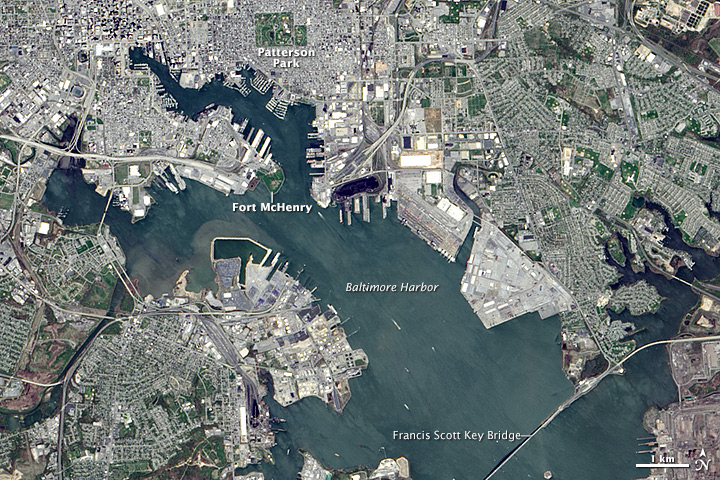 Here’s a type tribute we don’t see too often, Compliments of NASA!

The song is familiar to every American, but the moment and place where it was composed are less so.

On April 24, 2014, the Operational Land Imager (OLI) on Landsat 8 captured this view of Baltimore, Maryland, and its harbor. Fort McHenry and its star-shaped ramparts—the place where “that star-spangled banner yet wave[d],” on September 14, 1814—stand at the entrance to the city’s Inner Harbor. The area was a pivotal battleground in the War of 1812.

In September 1814, British naval and ground forces advanced on the city of Baltimore, emboldened by the August 24 burning of The White House and the Capitol building in Washington, D.C. On September 12, British forces landed at North Point, 5 miles (8 kilometers) southeast of Baltimore (just off the lower right of this image), and engaged American troops in several small battles. By September 13, the land forces approached the city of Baltimore but were repelled by U.S. Army and Maryland militia forces assembled behind a mile of earthworks and trenches along Hampstead Hill—near what is now known as Patterson Park (image top center). END_OF_DOCUMENT_TOKEN_TO_BE_REPLACED

Here’s what’s been going on recently in my neck of the woods! It’s an awesome sight to see the all the “tall” ships scattered along the coast. Puts our size into perspective. Enjoy a few photos via San Diego’s Union Tribune.

END_OF_DOCUMENT_TOKEN_TO_BE_REPLACED

With news that our comrades from down under will be joining the US coalition against ISIS, I’d like to recognize their part and offer this gallery as a tribute to their military throughout history.

I’d like to also express my gratitude to the Australian military:

Keep your heads on pivot, watch over your brothers/sisters in arms. God Speed. Be safe and thank you, Warriors.

END_OF_DOCUMENT_TOKEN_TO_BE_REPLACED

FORT BRAGG, N.C. — Khaled Abou Rashad may have immigrated to the United States from Syria when he was only a boy, but these days he does something that few of his countrymen do: Build and detonate large quantities of high explosives. END_OF_DOCUMENT_TOKEN_TO_BE_REPLACED

On this day in 1901, U.S. President William McKinley dies after being shot by a deranged anarchist during the Pan-American Exposition in Buffalo, New York. END_OF_DOCUMENT_TOKEN_TO_BE_REPLACED