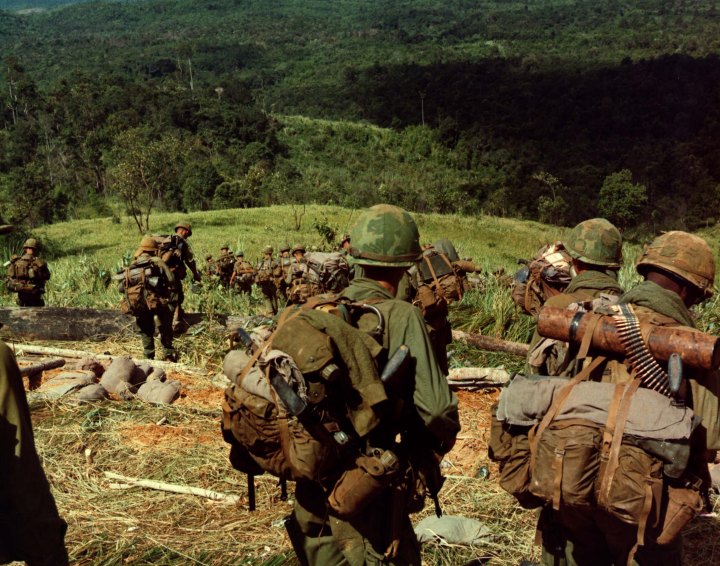 Some of you already know that I have several retired Marines as neighbors. (Considering I live in Marine and ‘Sailorville’ that’s not an uncommon #). 2 are Iraq and Afghanistan veterans, one Vietnam vet, and Rick–he has seen both Korea and Vietnam. Well,  he was out doing yard-work this afternoon so I stopped to talk to him. The subject of jungles came up (I referenced his yard) and it brought him back to Vietnam, 1965 & 1969–his eyes lit up when he starting talking about Operation Starlite–he and his Marine brothers were part of Vietnam’s first battle.

My curiosity led me to research the operation Rick was part of close to 40 years ago.  Now, I’m sharing it with you.

I’m gonna to have to go tell him what I found, I bet he knows some of the names mentioned here.

On 15 Aug. 1965, Major General Nguyen Chanh Thi, commander of the South Vietnamese forces in I Corps, had urgent news for Marine Lieutenant General Lewis W. Walt, the commander of all the Marines in Vietnam. “I have,” said MajGen Thi, “the most important intelligence information of the war.” END_OF_DOCUMENT_TOKEN_TO_BE_REPLACED