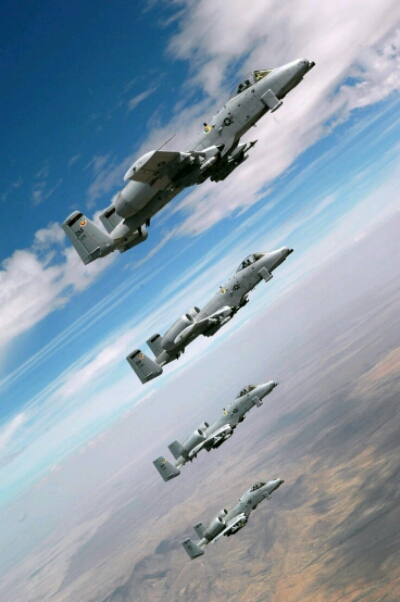 Image via US Air Force

An Afghan girl greets a joint patrol of US troops from the Charlie Company, 2-87 Infantry, 3rd Brigade Combat Team and Afghan National Army soldiers at Kandalay village in the southern Afghan province of Kandahar, Afghanistan.

Thanks for visiting my blog, come back soon! 🇺🇸 ⚓

Today we share with you the story of Bill Overstreet who, while in WWII, flew underneath the Eiffel Tower during a dogfight with a German Bf 109.

In the 1950s and 1960s, the U.S. government was extremely worried about the impact of biological attacks on urban centers in the United States. In order to assess how widespread the damage of attacks on such sensitive and population-dense areas would be, they went to great lengths to conduct classified studies on large population centers.

In 1966, the U.S. Army released enormous amounts of aerosolized (but harmless)Bacillus globigii (also known as Bacillus subtilis) into the New York City subway system. Bacillus globigii is a gram-positive, catalase-positive bacteria commonly found in soil samples and, outside of cases where a patient has a severely compromised immune system, is completely harmless. After each release in the test, agents from the Army would study the subway platforms at set intervals to determine how long the bacteria survived, how long the area remained contaminated, and how many people would have been affected if the released substance was deadly.

The subway experiments were repeated in Chicago and were only one of over 200 different studies conducted across the U.S. during that time period.

Read more about this here

Thanks for visiting my blog, come back soon! 🇺🇸 ⚓ 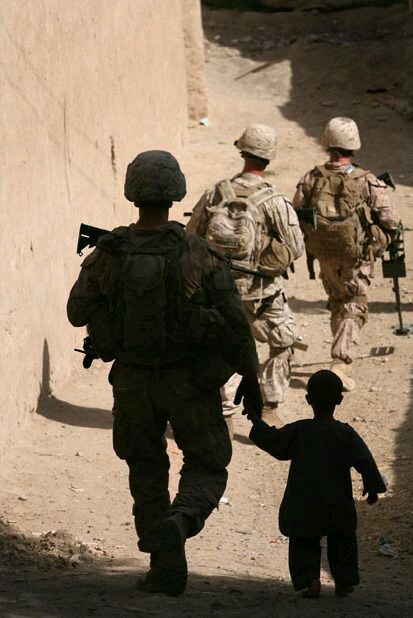 US Marines, Afghanistan.  hand in hand with an Afghan boy. This young boy knows nothing but war. Its been this way for over 30 years in Afghanistan. I think peace would receive a warm welcome.

The Knights of Labor, a labor union of tailors in Philadelphia, hold the first Labor Day ceremonies in American history. The Knights of Labor was established as a secret society of Pennsylvanian tailors earlier in the year and later grew into a national body that played an important role in the labor movement of the late 19th century.

The first annual observance of Labor Day was organized by the American Federation of Labor in 1884, which resolved in a convention in Chicago that “the first Monday in September be set aside as a laborer’s national holiday.” In 1887, Oregon became the first state to designate Labor Day a holiday, and in 1894 Congress designated the first Monday in September a legal holiday for all federal employees and the residents of the District of Columbia.

Fact Check We strive for accuracy and fairness. But if you see something that doesn’t look right, contact us!

Video produced by We Are The Mighty

Every Troop
Down in Troop-ville
Liked Christmas a lot …

But the Sergeant Major
Ensconced in his office
Did NOT! END_OF_DOCUMENT_TOKEN_TO_BE_REPLACED

This will be part of #Vietnam50Years tribute.2015 marks the 50th anniversary of direct US involvement in the Vietnam war. Each of the posts will have the above hashtag attributed to them. Here’s the link to the post that explains my [rough draft] plan for the event. Tonight, we’ll begin with the campaign that was only supposed to last 8 weeks…It didn’t see its end until October of 1968.

§
To America’s defenders:
Your boots have traversed across foreign, hostile soil on behalf of our sovereign country, we’ll never forget.

I will continue as I am with minor additions as they come along, and one addition I hope to run weekly through the year. This idea came to me just today so it’s still a little rough around the edges but I should have it all ironed out by the 1st of the year.

What’s it going to cover?

Here’s a  HINT:  an excerpt from  Modern American Poetry:
END_OF_DOCUMENT_TOKEN_TO_BE_REPLACED

It was the bravest of the brave who volunteered to enter the maze of tunnels, carved below the battlefields, A maze of hiding places, boobie traps and weapon cashes. The men that dared the dark underworld of the Viet-cong were to become know as the

This film documents the Vietnam War in the words of American Soldiers who served their country.
It features home movies and rare archival footage collected during a worldwide search.
Many scenes are graphic in nature, viewer discretion is advised.